What is the Cross Product?

The cross product of two vectors is a vector that is orthogonal (perpendicular) to both original vectors.

The image below is a visualization of what a cross product resultant vector represents. When looking at the image, we might observe that the cross product is normal to the plane on which both original vectors lie on.

Why do we Learn About the Cross Product?

Since the cross product is needed for countless real-world physics and engineering applications, let’s take a look at just one of these applications: controlling a space telescope’s orientation to point it at a celestial object of interest.

Instead of using thrusters that expel propellant, the Hubble Space Telescope uses special devices called reaction wheels for controlling its orientation with extreme precision and reliability. 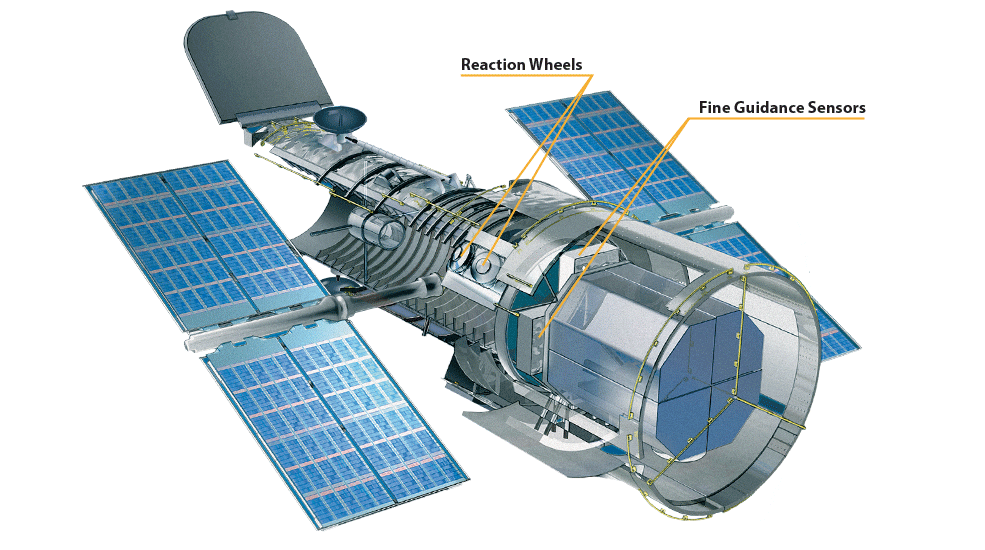 Now, why would we need the cross product for all of this? Well, the formula for angular momentum is given as:

Once we have characterized the telescope’s position vector and linear momentum vector, we may use the cross product to solve for the angular momentum of the telescope under various rotational motion conditions.

How to Calculate the Cross Product

To calculate the cross product, we plug each original vector’s respective components into the cross product formula and then simplify the right side of the equation. The result will be a vector a×b = c1i + c2j + c3k.

This is because the nonzero components project them along a certain axis (one-dimensional) or plane (two-dimensional). For example, the vector a = 3i only has a component (3i) on the x-axis.

The Voovers cross product calculator is written in the web programming languages HTML (HyperText Markup Language), CSS (Cascading Style Sheets), and JS (JavaScript). The HTML builds the calculator’s physical architecture, the CSS styles that architecture, and the JS adds all functionality to the calculator.

Your device’s internet browser has a built-in JS engine that runs the code immediately when you click the calculate button. This allows for instant solutions and no waiting on the page to refresh.

The calculator’s routine builds your inputted vector components into an array, essentially turning the inputs into JS vectors of sorts. The array is then fed to the cross product formula. The right side of the resulting equation is simplified to get the output cross product vector.