What is the Isosceles Triangle Theorem?

The isosceles triangle theorem tells us that:

The angle opposite a side is the one angle that does not touch that side. See the image below for an illustration of the theorem. 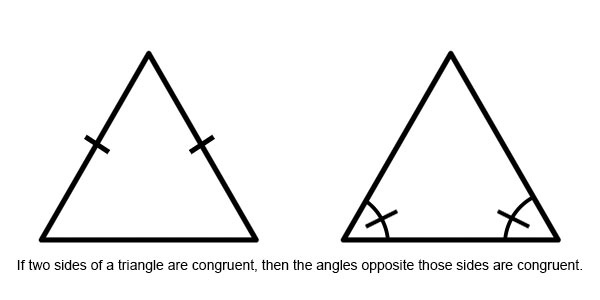 This theorem is useful when solving triangle problems with unknown side lengths or angle measurements. The theorem goes both ways, meaning we can: