What is a Double Integral? 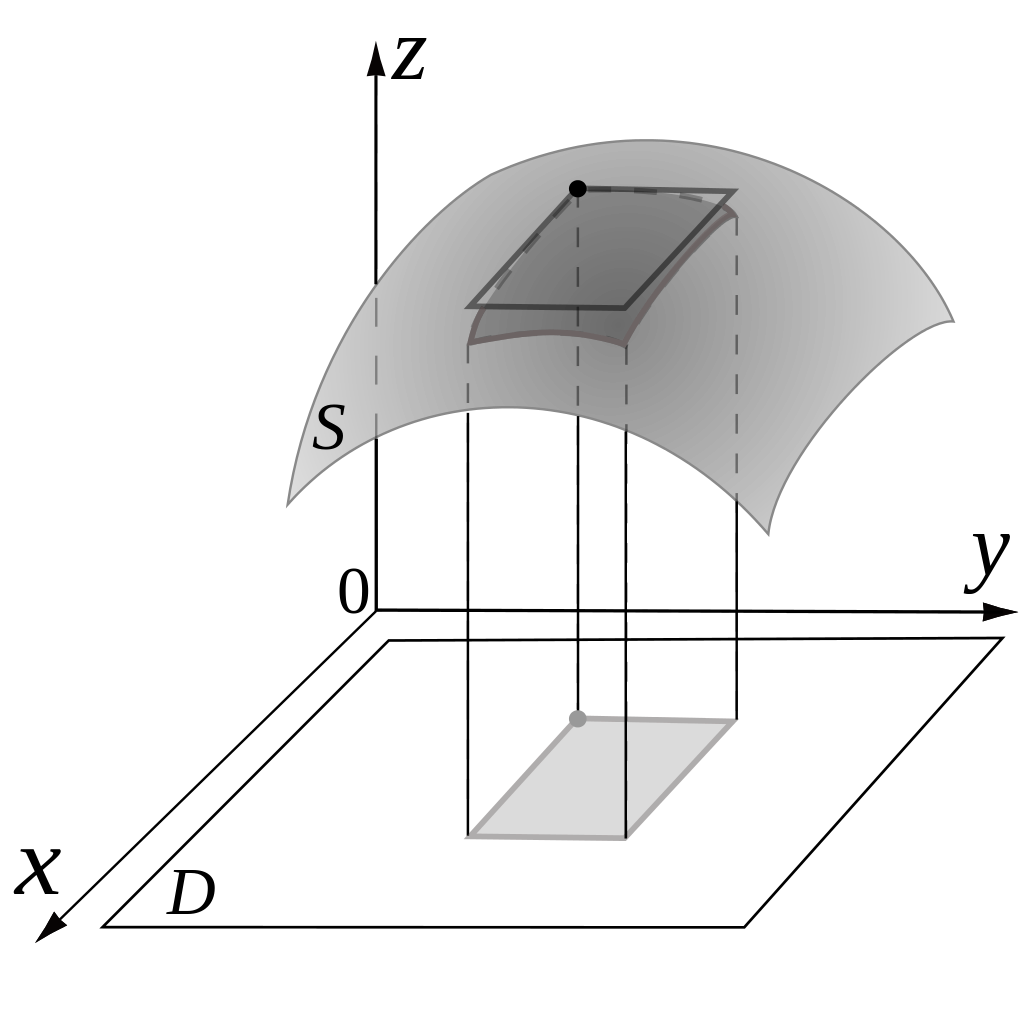 The double integral of the surface z = f(x, y) is the volume that extends from the surface to the x-y plane. The rectangular cross-section of the volume (seen from the top) is defined by the limits of integration x1, x2, y1, and y2.

A double integral for a function f(x, y) may be notated as:

Why do we Learn How to do Double Integrals?

Double integrals have many, many applications in the world of engineering, science, and statistics. But, let’s hone in on just one of these applications: we can use a double integral to optimize the efficiency of a production car’s engine so it can use less fuel during operation.

Most modern cars use computers to run their engines. This computer, often called an ECU (engine control unit), controls the airflow into the engine, injection of fuel into the engine, and the ignition of the air-fuel mixture inside the combustion chamber.

We can run tests on an engine and collect data for combustion efficiency being a function of engine RPM (revolutions per minute) and ignition timing. If we plot the data, we will see a two-variable function’s surface plot like the one below: 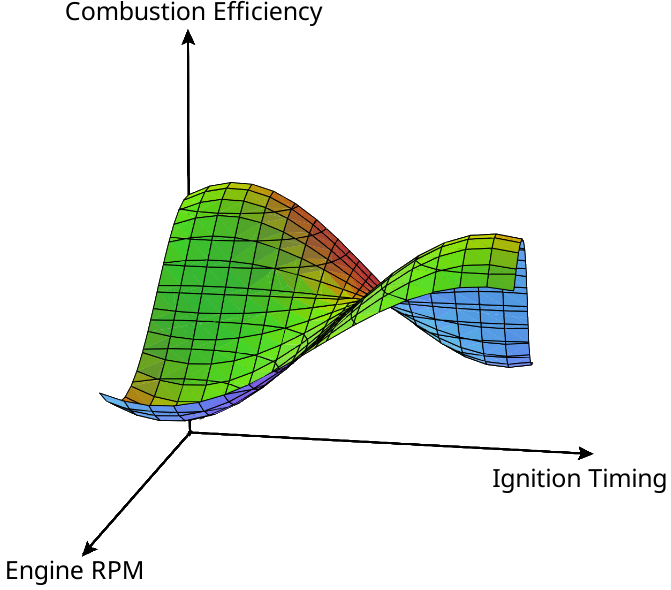 A surface plot of an engine’s combustion efficiency function.

By calculating this double integral, we find the total volume between the surface and the engine RPM – ignition timing plane bound by the rectangular region we chose.

By knowing the average combustion efficiency of the engine over various engine operation parameters via our double integral, we can program the ECU to maximize power while minimizing fuel consumption!

JS is what makes the calculator tick. When we click any of the buttons, the JS code handles the response to that click. Also, the mathematic procedure and solution steps creation are all performed by the JS code.