The average rate of change of a function is given as:

Where f(b) and f(a) are the values of the function f at points b and a respectively. The formula gives us the rate of increase (or decrease) the function experiences between endpoints a and b. Average rate of change means “the average rate that the value changes” which is why it is expressed as function value change divided by function input change. 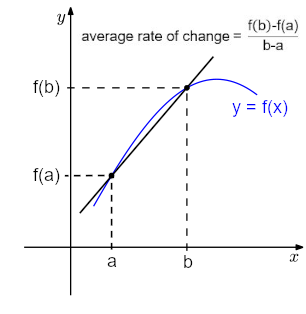 How to Calculate Average Rate of Change

How to Calculate Slope