How to Add and Subtract Scientific Notation 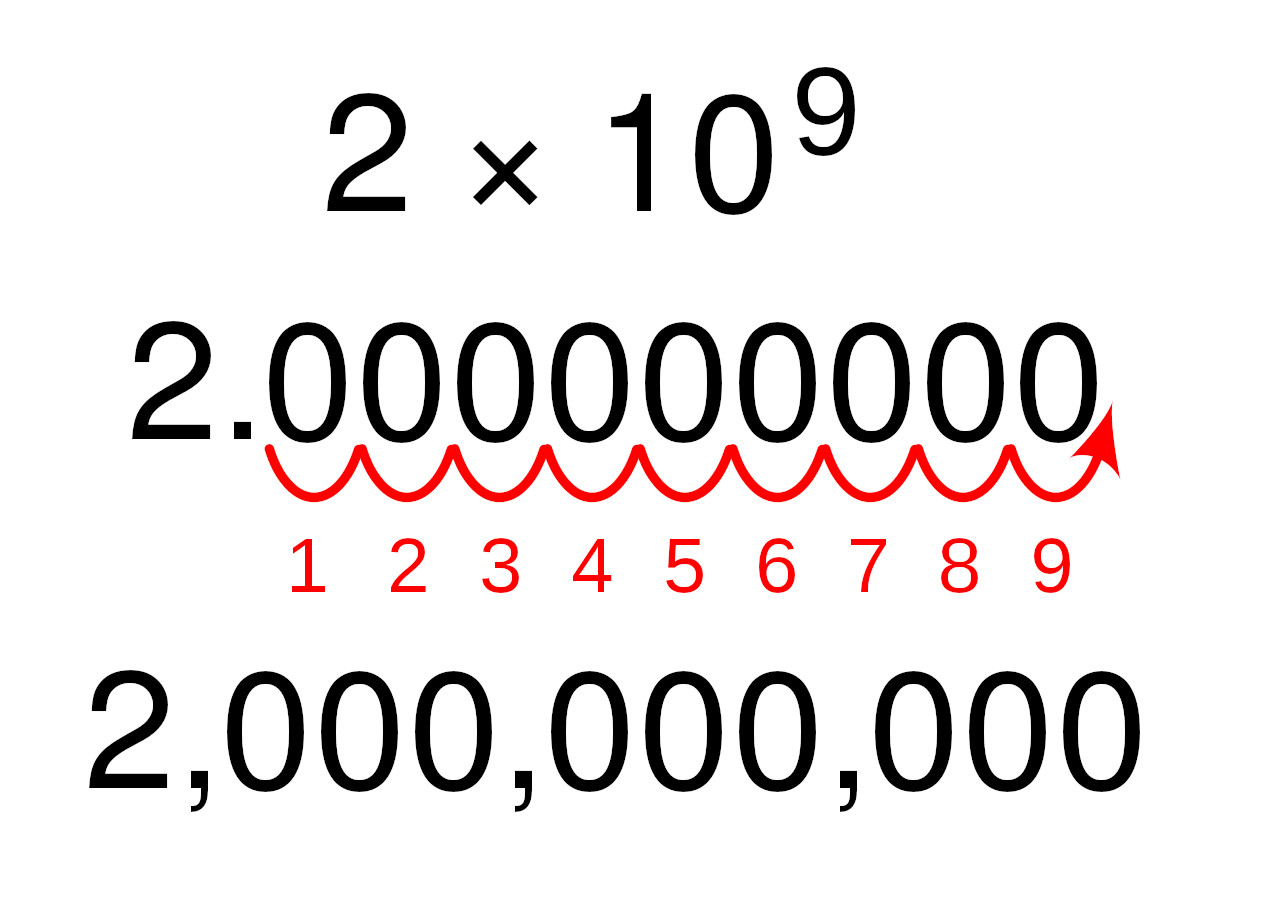 The relationship between exponent power and decimal places.

How to Change the Power of the Base 10

Changing the power of the base 10 in scientific notation is simple. We can increase or decrease the power at will.
For every increase in the index of the power, we move the decimal to the left one place. For example:
3.55 x 104 = 0.0355 x 106
We moved the base 10 power’s index up by two and the decimal to the left by two places. Both scientific notation expressions equate to 35,500.